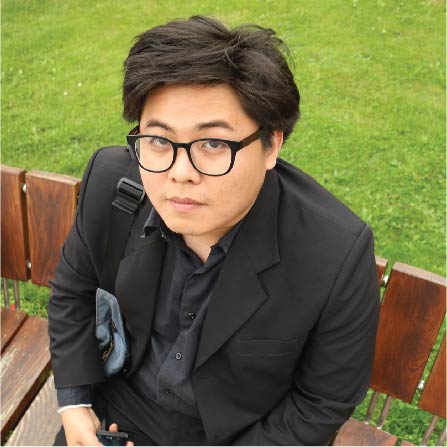 A multi-talented, well-rounded musician with a decade of professional experience, Chaimongkol is a Music Theory specialist and conductor. As an instrumentalist, he plays the interesting combination of cello and harp and graduated from Thammasat University with a Bachelor of Arts in Public Administration, and from Rangsit University Conservatory of Music with a Masters degree specifically in Music Theory. From 2015-2017 he was awarded a Quarter Scholarship for Graduate Studies at Rangsit University. As a performing cellist, he has worked with the Siam Sinfonietta (2010-2015), Siam Philharmonic Orchestra (2011-2018), and Thammasat University Symphony Orchestra (2010-Present). From 2012-2019 he served as Orchestra Librarian at Opera Siam International, from 2007-2008 he was President of the Thammasat University Symphony Orchestra, and from 2019 to the present has been on the teaching staff of the Princess Galyani Vadhana Institute of Music. He is also a talented graphic designer.