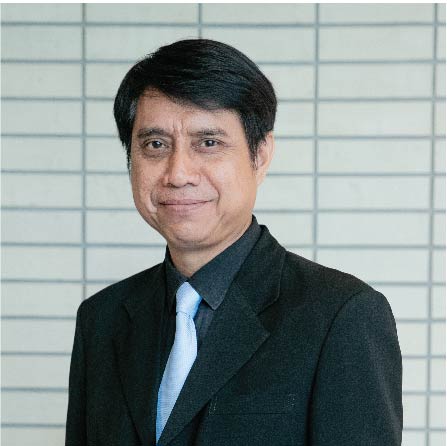 With four decades of professional activity, Chaiwat Booramanat received his Bachelor’s degree from the Royal Thai Navy School of Music in 1975, majoring in viola. He studied with the famous Thai pedagogue Rear Admiral Veeraphan Vawklang, Lt. Thavil Chayapiwat, and Petty Officer First Class Ekpornchai Yaimeesakdi. A scholarship from Mater Dei School Alumni was awarded to Chaiwat to attend the celebrated Mozarteum in Salzburg for one year, following on from a music camp in Bangkok directed by famous soloists from the Menuhin Academy of Music in Switzerland, including Alberto Lysy. Chaiwat was appointed immediately as a full-time violist with the Royal Thai Navy Orchestra. He quickly established himself as one of Bangkok’s best known and respected musicians, and was invited to join the Royal Bangkok Symphony Orchestra as a founding member for its historic debut concerts in 1982. Having been continuously involved with the orchestra since then, he served as a celebrated section Principal for more than twenty years.