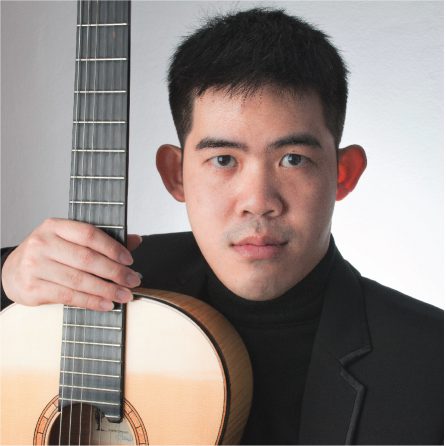 On the full-time faculty of the College of Music at Mahidol University since 2017, Jutjumnong is strongly committed to creating one of the most efficient classical guitar classroom studios in Thailand, empowering students to achieve their full potential. From 2015-2017 he was also on the adjunct faculty at Princess Galyani Vadhana Institute of Music. Professionally active for fifteen years in Thailand and Europe, he received Bachelor of Music degrees in Classical Guitar from Silpakorn University and the Robert Schumann Hochschule in Dusseldorf, Germany, also studying at the Kunstlerische Reifeprufung, Musikakademie der Stadt Kassel Louis Spohr, Kassel, Germany. A member of the Yehudi Menuhin ‘Live Music Now’ project, he performed at the International Gitarrenmatineen Dusseldorf 2011 Festival. Jetjumnong is a highly regarded practitioner of his guitar art, having won 1st Prize in Thailand’s Yamaha Guitar Competition Junior (under 17 years old) category for three consecutive years from 1998-2000, and 1st Prize in the Senior (over 17 years old) and Chamber categories in 2003. In 2001 he won the Gold Medal in the 4th Thai National Youth Music Competition (Mahidol University).