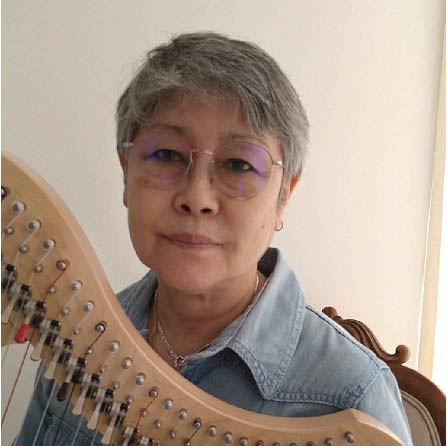 Dharayadee has more than forty years of teaching experience, including nine at the Royal Bangkok Symphony School. She also taught harp for a long time at The Royal Thai Navy School of Music and Tamnak Prathom Harp. Her wealth of experience over many decades has resulted from the teaching of hundreds of children and adults. She obtained her Bachelor’s degree from the Conservatoire de Versailles, France, also studying at the Schola Cantorum in Paris. As well as harp, Dharayadee has also taught piano at the Yamaha School. As a performer she has played regularly with the Royal Thai Navy Orchestra, the Royal Bangkok Symphony Orchestra, and the Siam Sinfonietta.